COLUMBUS, OH – The Columbus Education Association, the Union representing more than 4,000 Columbus City Schools educators, was forced this morning file a lawsuit following the District’s failure to comply with an Arbitrator’s decision issued in July. The Petition to Confirm the Arbitration Award was filed in the Franklin County Court of Common Pleas.

On July 28, 2021, a neutral Arbitrator issued a binding award finding that that the District violated a Memorandum of Understanding (MOU) between the Union and the District in November 2020, when it unilaterally reassigned CEA Career and Community Resource Coordinators (CCRCs) to greet students and monitor breakfast and lunch at two District Career Technical Education campuses, while simultaneously directing the CCRCs to continue performing all of their regular duties. As a remedy, the Arbitrator ordered back pay at the contractual hourly rate for all CCRCs who were unilaterally reassigned. To date, the district has failed to comply with the Award and issue the payment owed to these CEA members.

“For nearly six months we have internally pressed the District to comply with this decision, yet our members are still without the pay they are owed” said CEA President John Coneglio. “We have no desire to resolve our disputes in Court, but our members will not allow the District to simply ignore an Arbitrator’s ruling. Our hope is that this lawsuit will compel our Administration to resolve the matter quickly.” 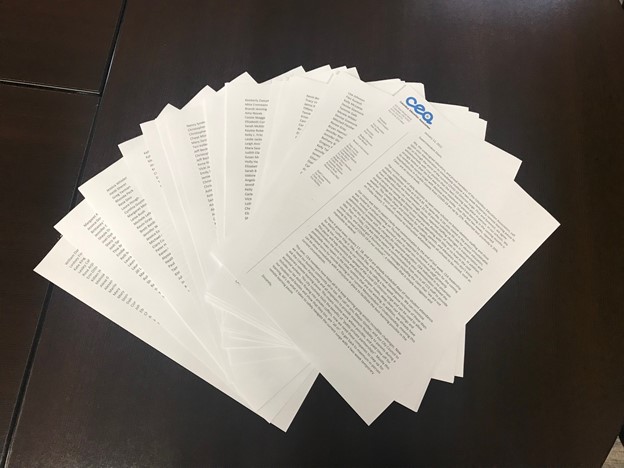